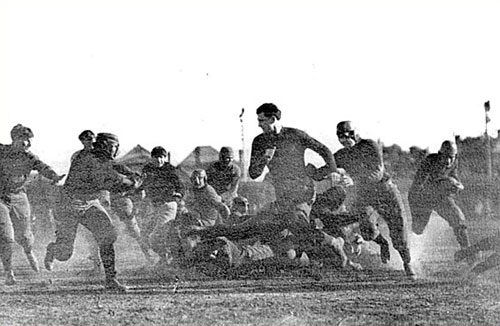 The above photo is one of many great shots in the Rose Bowl Game timeline on the official Rose Bowl site. It’s from the first ever Rose Bowl Game in 1902. As the account makes clear, it was a very good day for the gang from Michigan:

You can get a lot more Rose Bowl / Wolverines history from Absolute Michigan and learn more about Fielding Yost in Wikipedia and at the UM Bentley Historical Library.