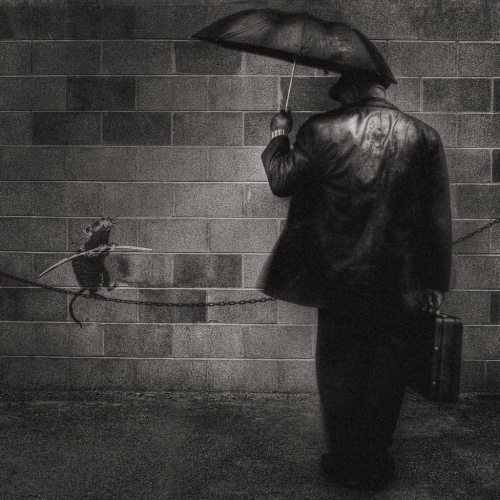 I guess that even the world’s most famous graffiti artist needs a vacation every now and then. mLive reports that:

Famed British graffiti artist Banksy has left his mark on Detroit, tagging a crumbling wall near the dormant Packard Plant with an image of a young man and the line, “I remember when all this was trees.”

A photo of the mural recently popped up on Banksy’s official Web site, and at least two local photographers have snapped their own shots verifying the location.

Popular photoblogger Detroit Funk dropped by the Packard site last night (link) and noted that workers from the local 555 Nonprofit Gallery and Studios were attempting to preserve the piece.  Check out his photos here.

Travis Wright of the Metro Times reports Banksy didn’t end his work at the Packard Plant; he also created murals on two buildings along VanDyke. There’s no word on whether he added his mark to the new Mexicantown bridge.

Apparently, he’s hit numerous locations in North America. One might guess that it has to do with his new film Exit Through the Gift Shop. Here’s the Banksy web site.

Check it out bigger in Brian’s a work in progress slideshow.

One thought on “Welcome to Detroit, Mr. Banksy.”