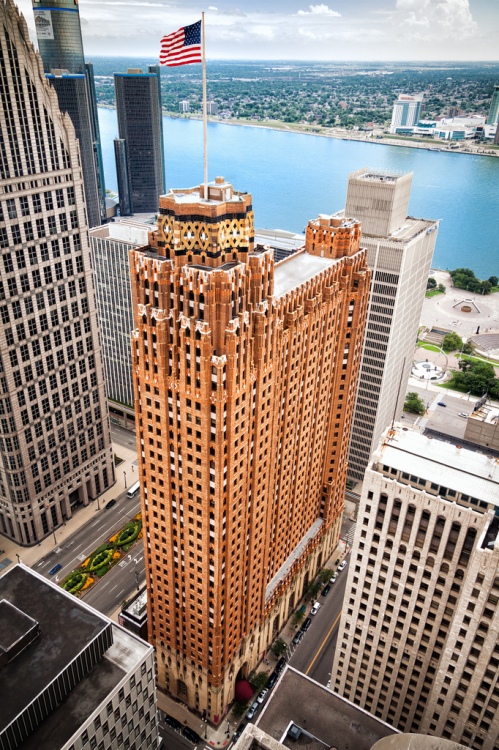 Sometimes I find things and forget to post about them. A couple weeks ago, there was a feature from WXYZ in Detroit that the Detroit’s Penobscot Building plans to open observation deck:

New York has the Empire State Building and Rockefeller Center, Chicago has the Hancock Observatory, but the doors to our city’s skyline have been closed for decades.

That’s changing, thanks to the historic Penobscot Building’s new plans to re-open its observation deck.

Kim Farmer has worked at the building since the 1990’s. She has seen owners come and go, but these new plans are what she calls, “pretty gutsy moves.”

“We plan on lighting up here, LED lights comparable to the Empire State Building,” the Vice President of Operations and Leasing told WXYZ.

There are plans to incorporate a banquet facility, and a ticket fee to reach the top. The goal is to complete the observation deck project by summer 2016.

Read on for more and thanks @NickNerbonne for the find!

Michael took this shot a couple of years ago from the Penobscot. View it big as a building and see more in his Wirt Rowland, Architect slideshow.

PS: Read more about the Penobscot (once the 8th tallest building in the world and now 2nd tallest in Detroit) and the Guardian Building on Michigan in Pictures. They were both designed by Wirt C. Rowland, who was a heck of an architect!