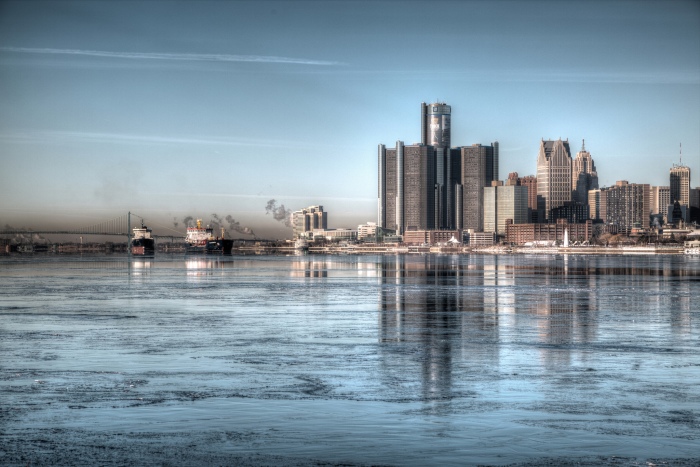 While El Niño is predicted to bring a milder winter for Michigan in 2016, it looks like things will kick off early with a chance of a dusting of snow tonight & tomorrow:

The coldest air of the season will pour into state on Friday and into the weekend. The cold air will bring widespread lake-effect rain showers to West Michigan. The rain may mix with some wet snow over parts of the state late Friday into Saturday afternoon.

A better chance of accumulating snow will be over the higher terrain of Norther Lower Michigan and parts of the Upper Peninsula.

I should add that although you may want to see it from your car with the heater cranked, color around the state is still really nice!

Michael took this last January when Detroit was locked in the grip of the White Walkers. View it background bigtacular and see more in his slideshow.

More Detroit and more winter on Michigan in Pictures!