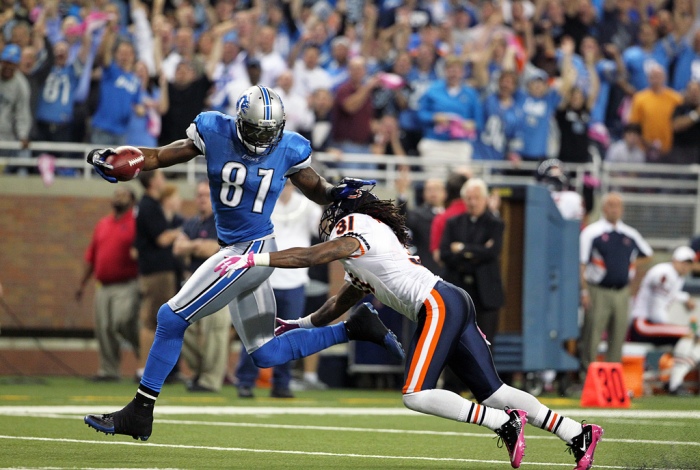 ESPN’s Adam Schefter reports that the Detroit Lions all-time greatest receiver Calvin Johnson is apparently headed for retirement. He reportedly told his family and close friends the 2015-16 season would be the last, and told gave coach Jim Caldwell the same message the day after the season ended.  If he does follow through, he will join Barry Sanders in retiring at 30 and in having a Hall of Fame career while never making it to a Super Bowl.

Should we put an asterisk on that retirement for now? The NFL has released this awesome highlight video with the somewhat cryptic title of “Top 10 Calvin Johnson Career Highlights…So Far” – do they know something we don’t?

Back in October of 2011, Chris Arace had the opportunity to work Monday Night football for the Lions, who won 24-13 to move to 5-0. View his photo bigger, see more of his work on his website, and definitely follow him on Instagram at instagram.com/thereason.