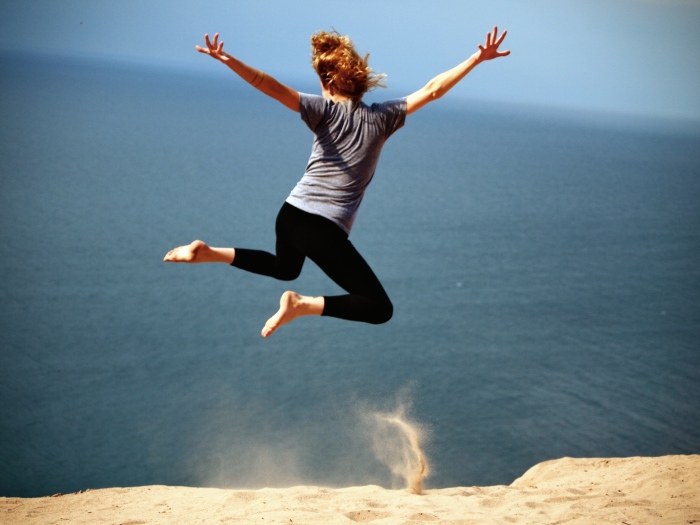 Happy Leap Day everyone and here’s hoping that this quadrennial occurrence adds a little fun to your life! Borgna Brunner lays down Leap Year 101:

Read on for more and enjoy your day.

Todd took this shot back in August of 2009 at one of my favorite spots for hiking (and jumping) – the Pyramid Point overlook in the Sleeping Bear Dunes National Lakeshore. Lake Michigan is hundreds of feet down a steep bluff from the point where she’s jumping, and many is the person who wished they didn’t run down that bluff after toiling up it!

More dunes on Michigan in Pictures!

3 thoughts on “Making the Leap”