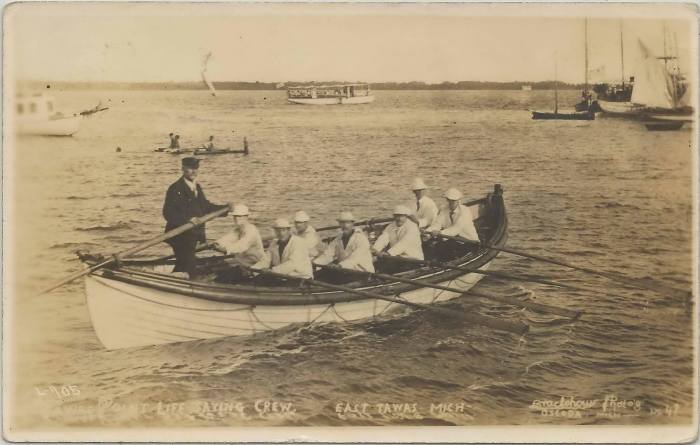 In 1878 the growing network of lifesaving stations was finally organized as a separate agency of the Treasury Department and named the U.S. Life-Saving Service. Sumner I. Kimball was chosen as the General Superintendent of the Service. Kimball held tight reign over the Service and, in fact, remained the only General Superintendent of the organization. The law which created the U.S. Coast Guard in 1915, also provided for the retirement of Kimball. The Service’s reputation for honest, efficient, and non-partisan administration, plus performance of duty, can be largely attributed to the efforts of this one man.

The stations of the Service fell into three broad categories: lifesaving, lifeboat, and houses of refuge. Lifesaving stations were manned by full-time crews during the period when wrecks were most likely to occur. On the East Coast this was usually from November to April, and was called the “active season.” By the turn of the century, the active season was year-round. Most stations were in isolated areas and crewmen had to be able to perform open beach launchings. That is, they were required to launch their boats from the beach into the surf. Before the turn of the century, there were very few recreational boaters and most assistance cases came from ships engaged in commerce.

…The U.S. Life-Saving Service had two means of rescuing people on board ships stranded near shore: by boat and by a strong line stretched from the beach to the wrecked vessel. The Service’s boats were either a 700 to 1,000 pound, self-bailing, self-righting surfboat pulled by six surfmen with twelve to eighteen foot oars, or a two to four ton lifeboat. The surfboat could be pulled on a cart by crewmen, or horses, to a site near a wreck and then launched into the surf. The lifeboat, following a design originated in England, could be fitted with sails for work further offshore and was used in very heavy weather. Some crews, at first, viewed the lifeboat with skepticism because of its great weight and bulk. The skepticism soon changed and crews began to regard it as “something almost supernatural,” for it enabled them to provide assistance “when the most powerful tugs and steam-craft refused to go out of the harbor. …”

Terry Pepper’s Seeing the Light has a bunch of information and photos of the Tawas Point Lighthouse.

This photo shows the crew of the Tawas Point Lighthouse participating in USLSS crew training on Tawas Bay. Check it out bigger and join the Northern Michigan Photo Postcards – Our History and Heritage group for more great old photos from Don and others.

More history from Michigan in Pictures.