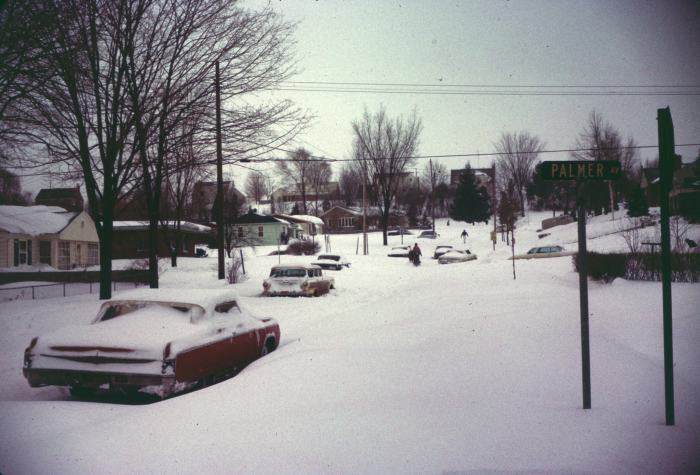 Joel shared these 50-year-old photographs from Michigan’s January 1967 blizzard. They were taken by his father after the snow stopped falling on January 27th. Seeking Michigan has a feature that looks back on two late January blizzards in 1967 & 1978:

The 1967 blizzard fell on January 26 and 27, and dumped twenty-four inches of snow on Lansing. Lansing State Journal articles from the days after the storm tell stories of stranded bus passengers, a mother who picked her children up on horseback, and neighbors who built a human-sized Snoopy snow sculpture. Rachel Clark, an education specialist at the Michigan Historical Center, remembers growing up and hearing stories about the time her father got a ride to work from the National Guard, because he had to abandon his car during the storm. He was a reporter for the WJIM television station in 1967, and the station needed him to read the news and help keep Lansing residents informed about the storm.

Read on for more. Also see this mLive series of photos from the Blizzard of ’67 and scroll down for a video from MSU’s Brody Hall taken during the blizzard.