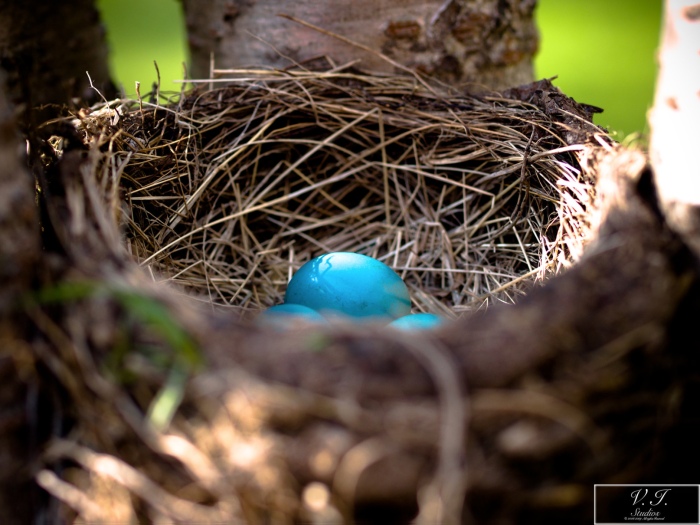 Here’s a Throwback Thursday from April of 2009 in honor of Spring, which I hear is still happening. The resource on the initial post is no longer online, so I dug up this post from The Spruce explaining why robin eggs are blue:

The bile pigment biliverdin is responsible for blue tones in bird eggs. Depending on the concentration of the pigment, the coloration can range from bright, bold blue or blue-green to pale ice blue and every shade in between. Smaller eggs and those laid first in a brood are usually more intensely colored than larger eggs or those laid later in the nesting cycle.

In addition to coloring eggshells, biliverdin is also responsible for blue tones in moth and butterfly wings, and is the same pigment that makes bruises turn bluish-green.

Read on for more and see a bunch more awesome shots in Jamie’s Nature photo album.