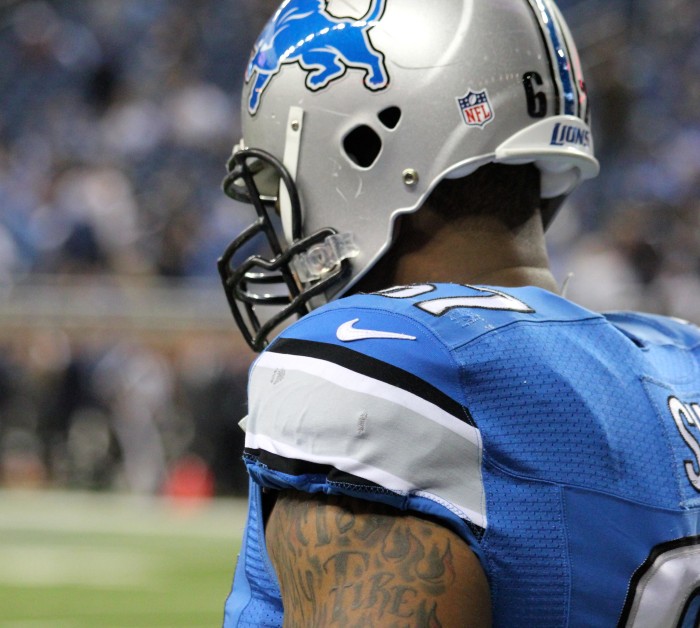 Detroit Lions by A Healthier Michigan

Yesterday as it often does, my curiosity got the better of me and I had to find the answer as to why the Detroit Lions official blue is called “Honolulu Blue”. Fortunately,  The Evolution of the Detroit Lions’ Uniform by Bill Dow has the answer:

When WJR owner G.A. Richards purchased the Portsmouth (Ohio) Spartans in 1934 and moved the team to Detroit, the newly renamed Lions unveiled a striking uniform consisting of a blue jersey, silver pants, blue socks, and a silver helmet.

According to a 1950 Lion media guide, “the blue, a distinctive shade was especially developed for G.A. Richards.” According to team lore, their first owner came up with the color after admiring the hue of the Pacific Ocean on a trip to Hawaii and the shade was named “Honolulu blue.”

In 1999, Glenn Presnell, the then lone surviving member of the first Lion’s team and the league’ oldest alumnus, described his role in selecting the first uniform in an interview with me.

“When we met with Mr. Richards, my wife and I also helped select the Lions’ colors, “ Presnell said. “He had asked us to look at the different jerseys in the next room. There were all different colors, orange and black, red and white, you name it. We saw that Honolulu blue and silver and said we liked it best. So Richards chose that.”

You can read on for more including the Lions brief & doomed flirtation with Hoosier colors.

One thought on “What the heck is Honolulu Blue?”