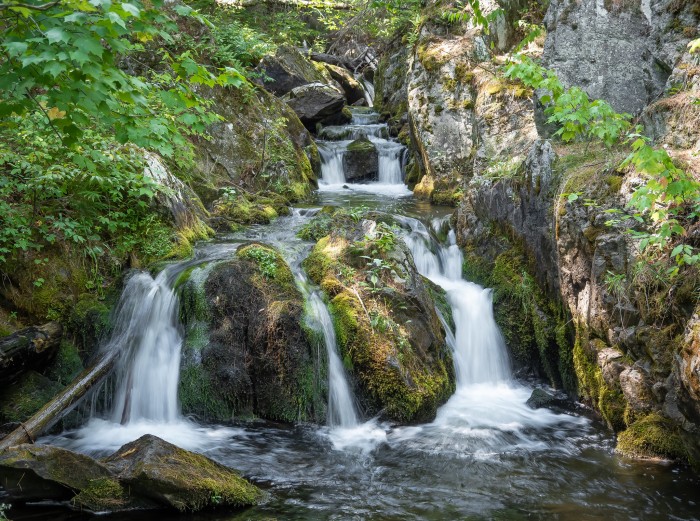 Waterfalls of the Keweenaw shares some info about Reany Falls:

David took this photo last weekend. See more from David in his 2022 Calendar gallery on Flickr.

Many (many) more Michigan waterfalls on Michigan in Pictures! 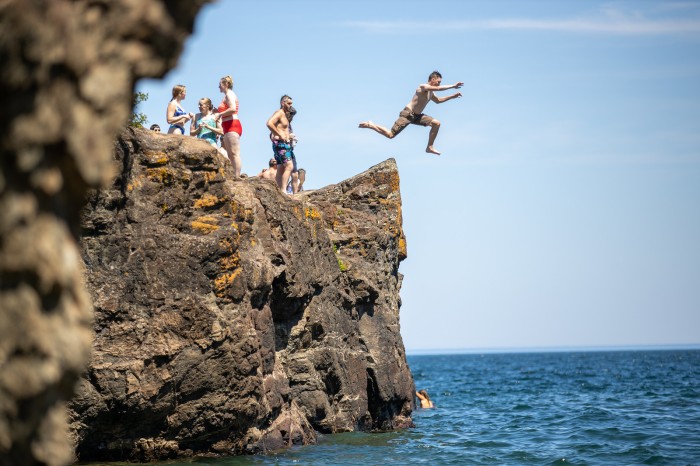 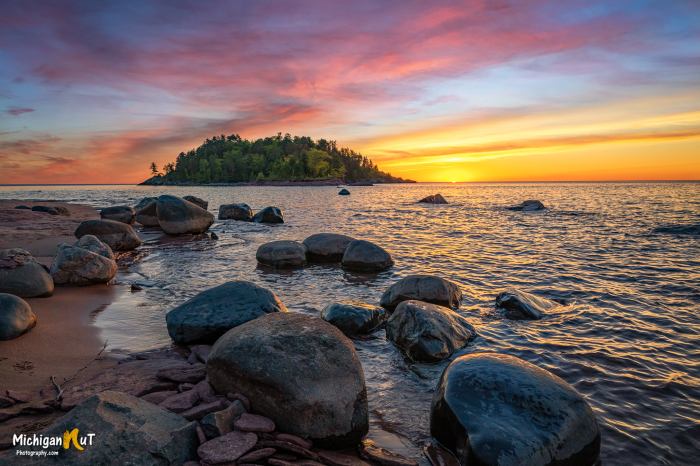 The rock comprising the area represents some of the oldest exposed formations of its kind. More than a mile of bedrock lakeshore and cliffs adorns Little Presque Isle, including sandstone cliffs that reach nearly 60 feet high toward the base of Sugar Loaf Mountain. One kind of bedrock, granitic, that occurs here is the least common bedrock type along the Great Lakes shoreline, with less than eight miles occurring in total. This is one of three areas where the public can see these 2.3 billion year old formations in Michigan.

The proposed wilderness area is a local landmark, which has significant historical value. The island was reportedly connected to the mainland sometime prior to the 1930s and was a landing place for early explorers and native inhabitants.

John took this photo last week. See the latest at Michigan Nut Photography on Facebook. View & purchase more of his work at MichiganNutPhotography.com. 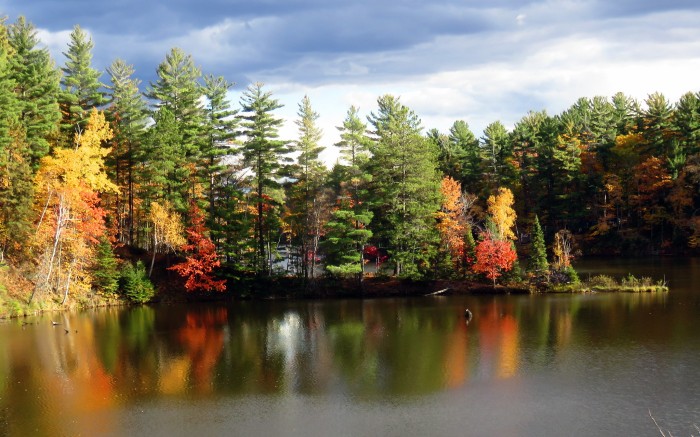 “How beautifully leaves grow old. How full of light and color are their last days.”
– John Burroughs

Ann took this photo back in October of 2015 on the Dead River, just west of Marquette in the Upper Peninsula. See more in her 2015 U.P. Gallery. 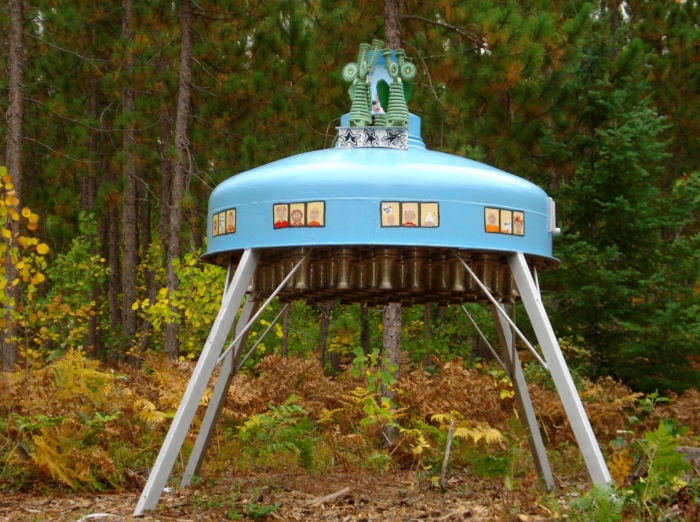 CNN reports that the Pentagon is forming a new task force to investigate UFOs that have been observed by US military aircraft:

Deputy Secretary of Defense David Norquist will help oversee the task force, which is expected to be officially unveiled in the next few days, according to the officials. Previous efforts to look into what the Pentagon dubs unidentified aerial phenomena were led by the US Navy as many of the documented encounters involved their aircraft.

…The Senate Intelligence Committee voted in June to have the Pentagon and intelligence community provide a public analysis of the encounters, following the official Pentagon release of three short videos showing US aircraft encountering these phenomena.

“We have things flying over our military bases and places where we are conducting military exercises, and we don’t know what it is and it isn’t ours, so that’s a legitimate question to ask,” the chairman of that committee, Sen. Marco Rubio, told a local Miami news station, WFOR-TV in July.
“Frankly, if it’s something from outside this planet, that might actually be better than the fact that we’ve seen some sort of technological leap on behalf of the Chinese or the Russians or some other adversary,” he added.

Kristina writes that Lakenland is 15 miles east of Marquette on M-28. This sculpture park was created by Tom LaKenen (pron. Lay-Kin-en) several years ago. He started creating these pieces as a hobby. Eventually his yard became full and he had a hard time finding places to display them. He thought about trying to sell some except he is kinda proud of them and has so many hours into each sculpture that he would hate to see them go. This is when LaKenenland was born. See more in her excellent Michigan Oddities gallery on Flickr!

No word on if the Lakenland UFO will be investigated but fingers crossed! 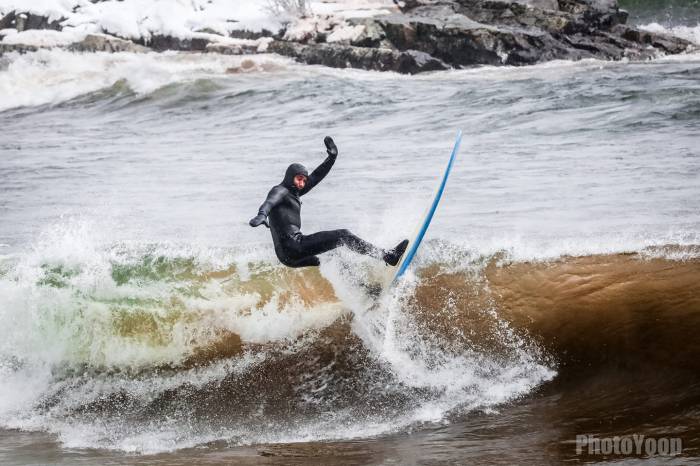 One of my favorite Facebook follows is Cory Genovese aka PhotoYoop. He took this photo a couple days ago in some wild Lake Superior surf and writes: 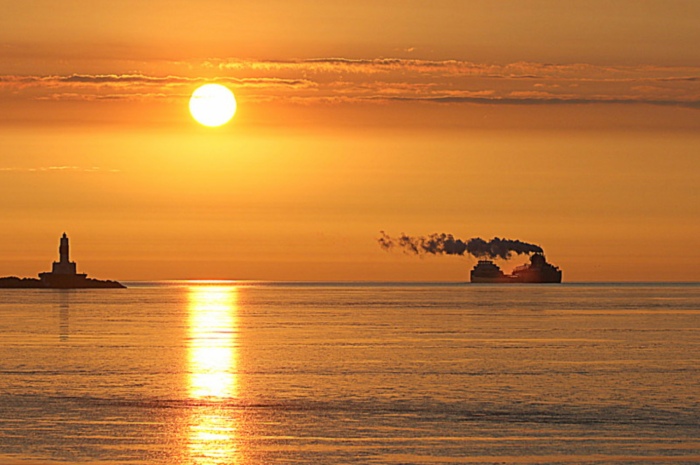 “I don’t cry because we’ve been separated by distance, and for a matter of years. Why? Because for as long as we share the same sky and breathe the same air, we’re still together.”
― Donna Lynn Hope

Thom got this sweet photo of the James L. Oberstar leaving Marquette Harbor last night, downbound with a load of iron ore pellets. Stay strong everyone, and look to those you share a sky with who may be struggling right now.

Check his photo & more out on Flickr & dive into almost 100 more photos of this Michigan freighter in the Absolute Michigan pool! 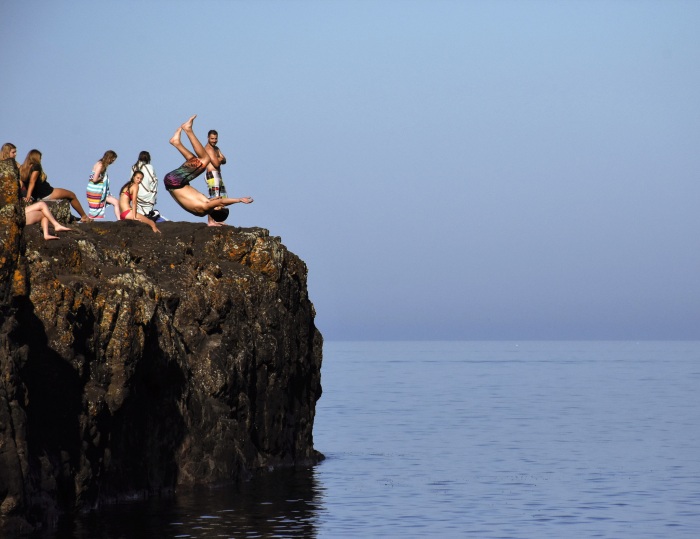 Did you get all your summertime fun in? If not, get on that before it’s gone!

Paula took this a year ago at Blackrocks in Marquette’s Presque Isle Park. View it background bigtacular and see more in her Summer 2017 album on Flickr. 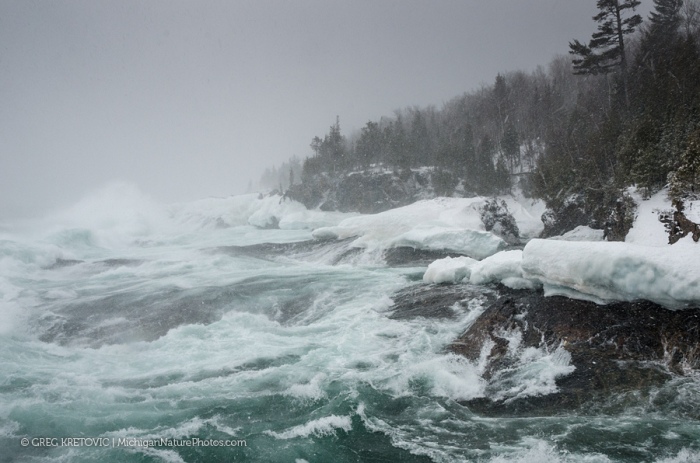 Here’s a great Throwback Thursday of big waves on Lake Superior back on Friday, April 19 of 2013 at the Black Rocks in Marquette’s Presque Isle Park. 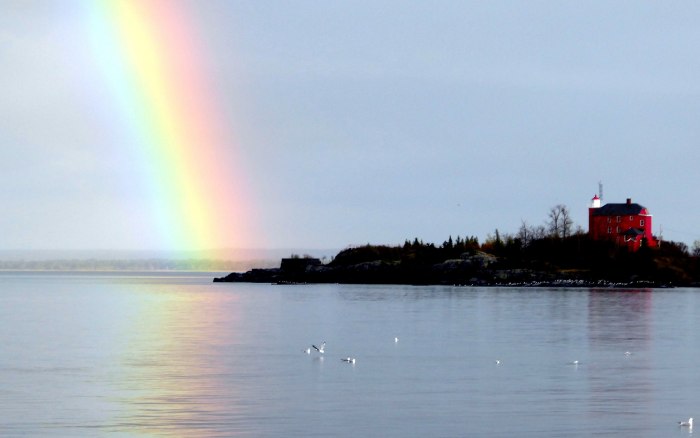 A lighthouse at the end of the rainbow, photo by Ann Fisher

Memorial Day Weekend is a unique holiday. It’s both a celebration of the beginning of the summer, the weekend to throw off the shackles of cold & gray and embrace sun and sand, and also a somber remembrance of those who have given their lives defending our nation. I hope that light and love touch you in both of these pursuits.

View the photo of the Marquette Harbor Lighthouse background bigtacular and see more in Ann’s 2017 UP slideshow.

More about the Marquette Lighthouse and LOTS more about rainbows on Michigan in Pictures.