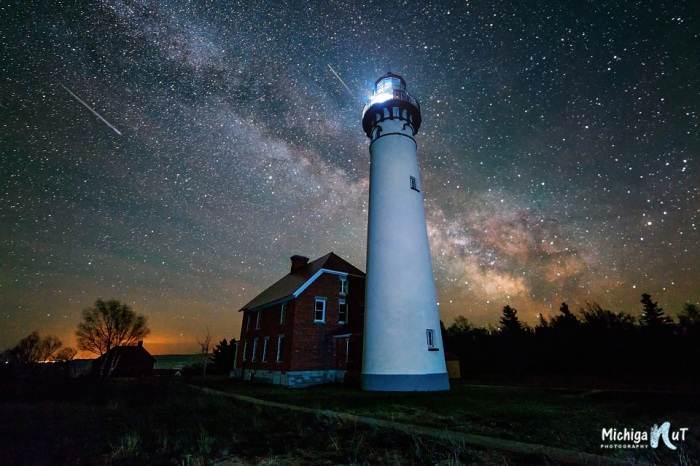 In 2016, the forecast calls for the greatest number of Eta Aquarid meteors to light up the predawn darkness on May 5 and 6. It should be a good year for this shower, with the May 6 new moon guaranteeing deliciously dark skies for the 2016 Eta Aquarids. This shower favors the Southern Hemisphere, ranking as one of the finest showers of the year. At mid-northern latitudes, these meteors don’t fall so abundantly, though mid-northern meteor watchers will catch some, too, and might be lucky enough to catch an earthgrazer – a bright, long-lasting meteor that travels horizontally across the sky – before dawn.

Halley’s Comet is the source of the Eta Aquarid meteor shower. Every year, our planet Earth crosses the orbital path of Halley’s Comet in late April and May, so bits and pieces from this comet light up the nighttime as Eta Aquarid meteors. This shower is said to be active from April 19 to May 20, although Earth plows most deeply into this stream of comet debris around May 5 or 6.

The comet dust smashes into Earth’s upper atmosphere at nearly 240,000 kilometers (150,000 miles) per hour. Roughly half of these swift-moving meteors leave persistent trains – ionized gas trails that glow for a few seconds after the meteor has passed.

They add that early morning is the best time to see them and that the broad peak of the Eta Aquarids may present a decent showing of meteors during the predawn hours on May 4 and May 7 as well! Read on for more.

More about the Au Sable Lighthouse in the Pictured Rocks National Lakeshore on Michigan in Pictures!