A Tree in the Fog by Joel Dinda

Joel took this photo 7 years ago in Eaton County’s Roxand Township. I’ve shared it before, but it’s too good not to share again! See more in his Fog & Mist gallery on Flickr.

Just another stroll through the woods… by Kevin Povenz

Here’s a beautiful scene Kevin captured back in 2015 at Grand Ravines North Park in Ottawa County. See more in his Sunrise/Sunset album & have a great day!

The Runner, photo by Scott Laidlaw

December 1st is one of my personal holidays, Back into the Woods Day, which of course is the day after deer hunting season ends when it’s once again safe to wander Michigan’s woods & trails.

A degree above freezing on the Little Muskegon River, photo by Jay

A Tree in the Fog, photo by Joel Dinda

Joel took this photo on April 4, 2014 in Eaton County’s Roxand Township. View it background bigilicious and see more in his The Showcase slideshow. 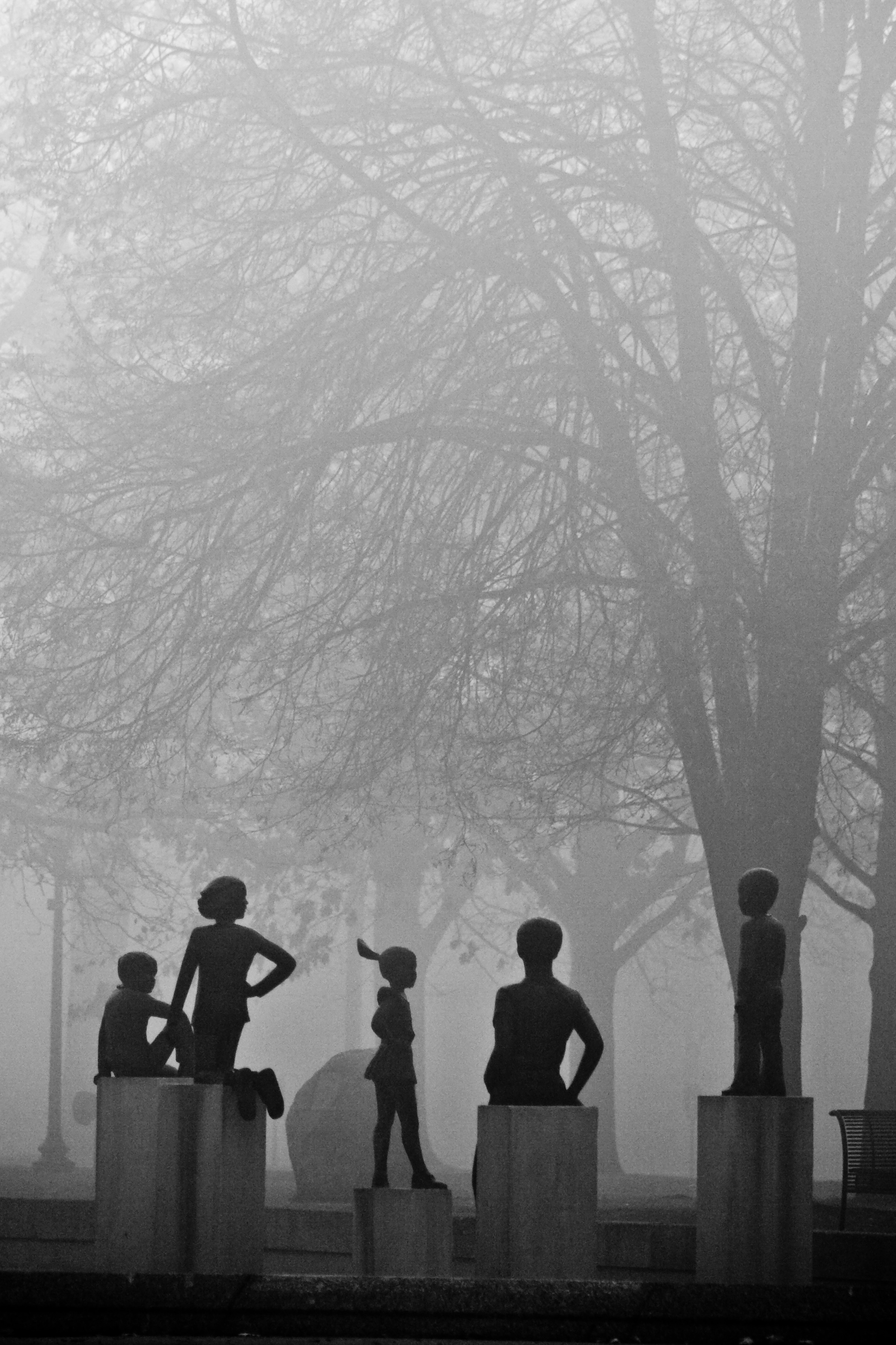 Something in the Air, photo by Brian Wolfe

Another day, another mass shooting – this time in Kalamazoo, Michigan. Beyond right and left, can we all agree that we need to figure out why we’re the only nation in the world who has this tragic problem and work on actually addressing this problem? 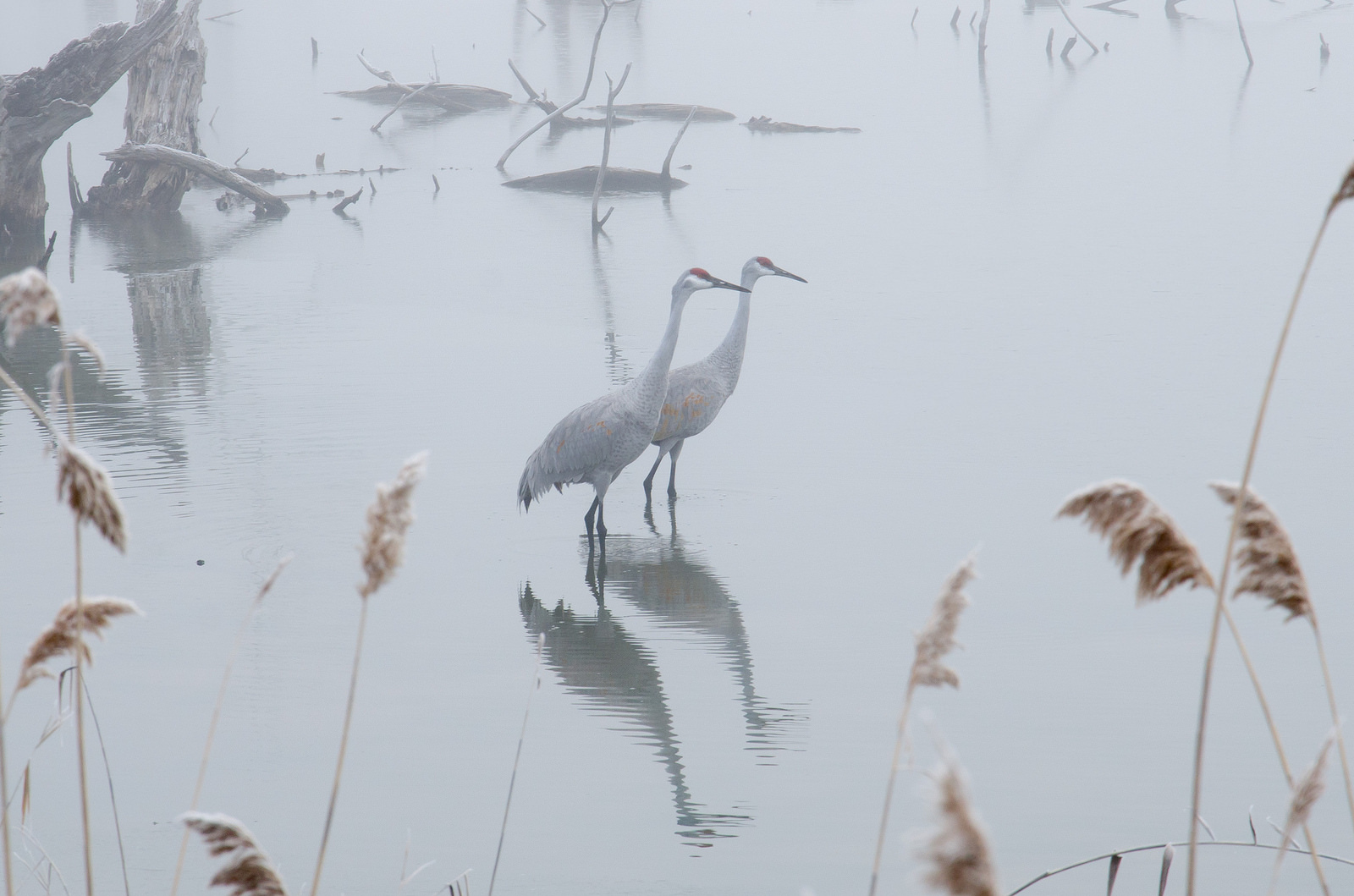 Sandhills in the mist, photo by Bill VanderMolen

Perhaps they’re waiting for the gorillas?

Here’s a shot from earlier in December, but Michigan is still just as misty and non-snowy as then.

View Bill’s photo bigger and see more in his slideshow.

More birds and more about sandhill cranes on Michigan in Pictures.

Detroit1701.org is an excellent resource for the history of Detroit. Their page on the Buhl Building says (in part):

The Buhl brothers, Frederick and Christian, came to Detroit early in the Nineteenth Century. They made their money in the fur trade and then in the hat business. As Detroit became a leading industrial metropolis, they turned to manufacturing as well as retailing and property development. They founded the Detroit Locomotive Works and then the Buhl Iron Works that later became the Detroit Copper and Brass firm. They added to their wealth by entering the hardware business and then erected an office building at the corner of Griswold and Congress that became an attractive location for prosperous law firms. Frederick Buhl served as mayor of Detroit in 1848, while his brother, Christian, served as mayor twelve years later after holding a variety of other political offices.

The skyscraper building boom in Detroit reached its zenith in the late 1920s, reflecting the demand for office space generated by the vehicle industry. A third generation of Buhls decided to make more profitable use of their prime downtown land by replacing their small office building at Griswold and West Congress with the 26 story building that you see. They selected the Smith, Hinchman and Grylls firm and, fortunately for them, the skilled and imaginative Wirt Rowland was selected as the architect. His most magnificent accomplishment is the nearby Guardian Building but he created a beautiful structure in the Buhl Building, one that has great appeal some eight decades after he first sketched it.

Read on for more and also check out Historic Detroit for more about the Buhl & architect Wirt C. Rowland, avid modernist, supporter of the Arts and Crafts movement, and key contributor to the Art Deco-style skyscrapers along Detroit’s skyline.

More architecture and lots more Detroit on Michigan in Pictures!

Walking the breakwater in the fog, photo by Ann Fisher

View Ann’s photo of the Marquette breakwater background bigtacular and see more in her 2015 UP slideshow. 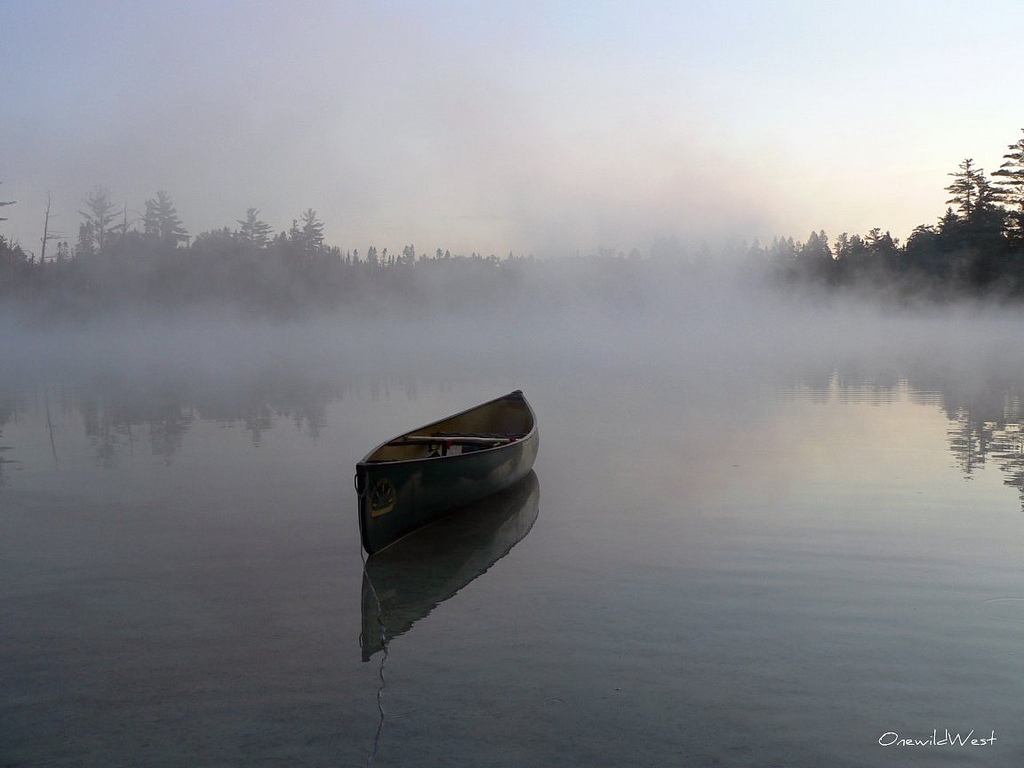 “Everyone must believe in something. I believe I’ll go canoeing.”
~ Henry David Thoreau

More mist on Michigan in Pictures.