320 years ago tomorrow on July 24, 1701, Antoine de la Mothe, Sieur de Cadillac realized the success of his plan with mentor and Governor General of New France, Louis de Buade, Comte de Frontenac, to found a new settlement at the south of Lake Huron to increase the security of French interests on the Great Lakes. Frontenac died, and his successor was not fond of Cadillac so, as History Detroit explains, the story of Cadillac took matters into his own hands:

Cadillac set sail for France in 1698 in order to convince King Louis to allow him to found a new settlement lower in the Great Lakes. Specifically, he was interested in the area south of Lake Huron known as le détroit, or the straits.

The area known as le détroit was ideal for a new settlement because the land was fertile, the location on the river was felt to be easily defended against the British and the climate was more hospitable than that in the more northern settlements like Michilimackinac.

Cadillac returned to Quebec, then travelled to Montreal where he gathered canoes, farmers, traders, artisans, soldiers, and Native Americans to accompany him on his quest. The men set sail on June 4, 1701.

Kare hav took this photo of the Detroit skyline from across the Detroit River back in 2017. See more in their Detroit gallery & have a great weekend! 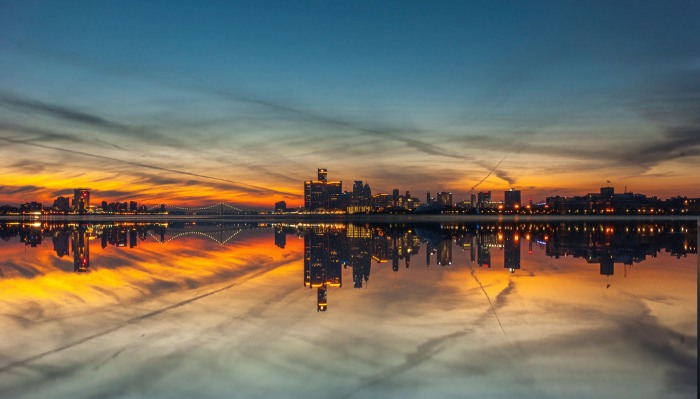 This stunning photo of the Detroit skyline was taken back in February and is the latest cover on the Michigan in Pictures Facebook.

View it bigger and see more in Donald’s Detroit slideshow. 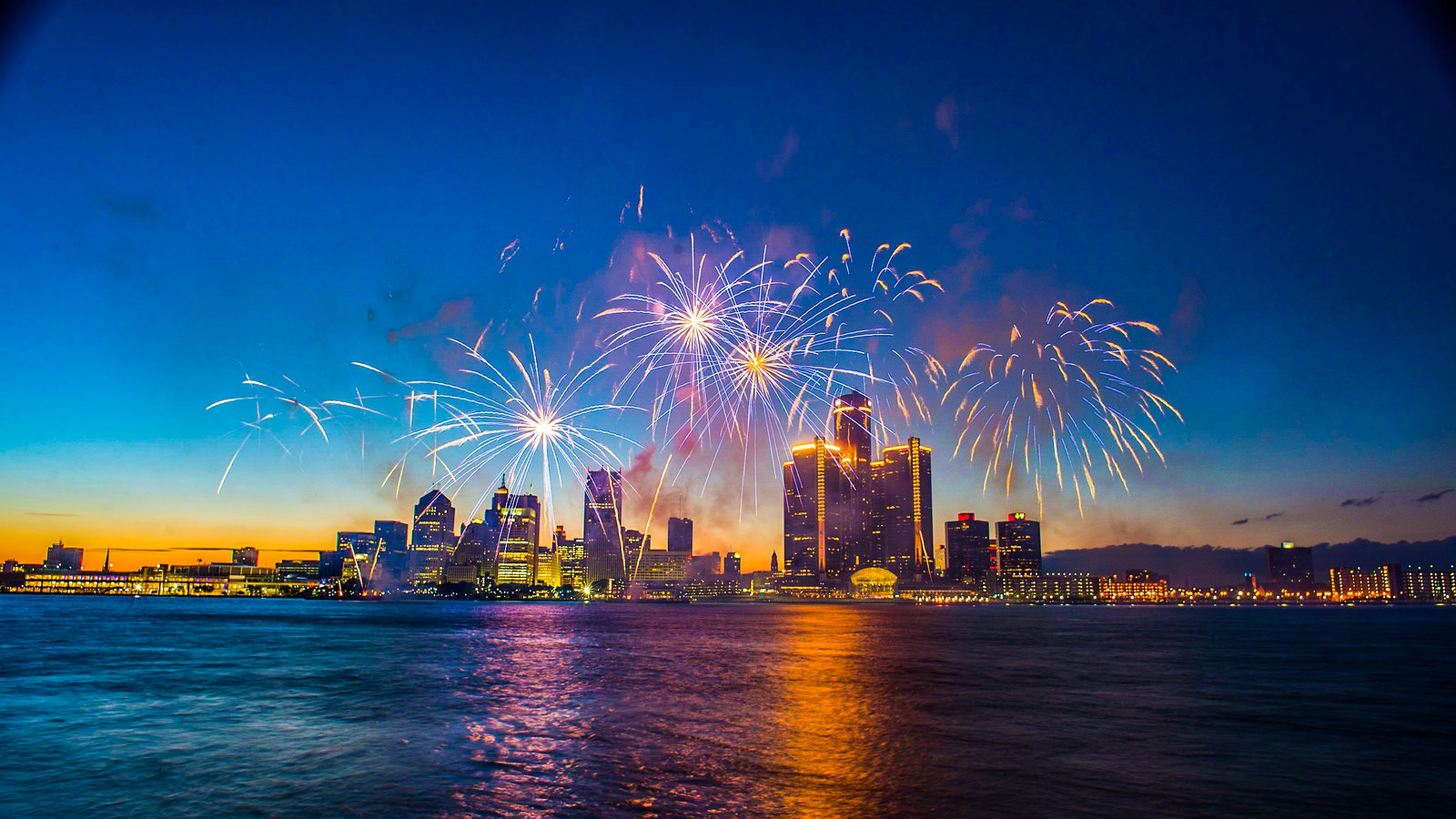 I hope you have a wonderful (and hopefully long) weekend that’s as free of care as you can make it.

If fireworks are your thing, here’s an awesome site by a real human listing Michigan fireworks displays. Also check out Michigan Fireworks Friday over on Absolute Michigan for an update on Michigan’s fireworks laws.

View the photo of the fireworks over Detroit bigger and see more in Micigama’s 2016-06-27-Detroit Fireworks slideshow. 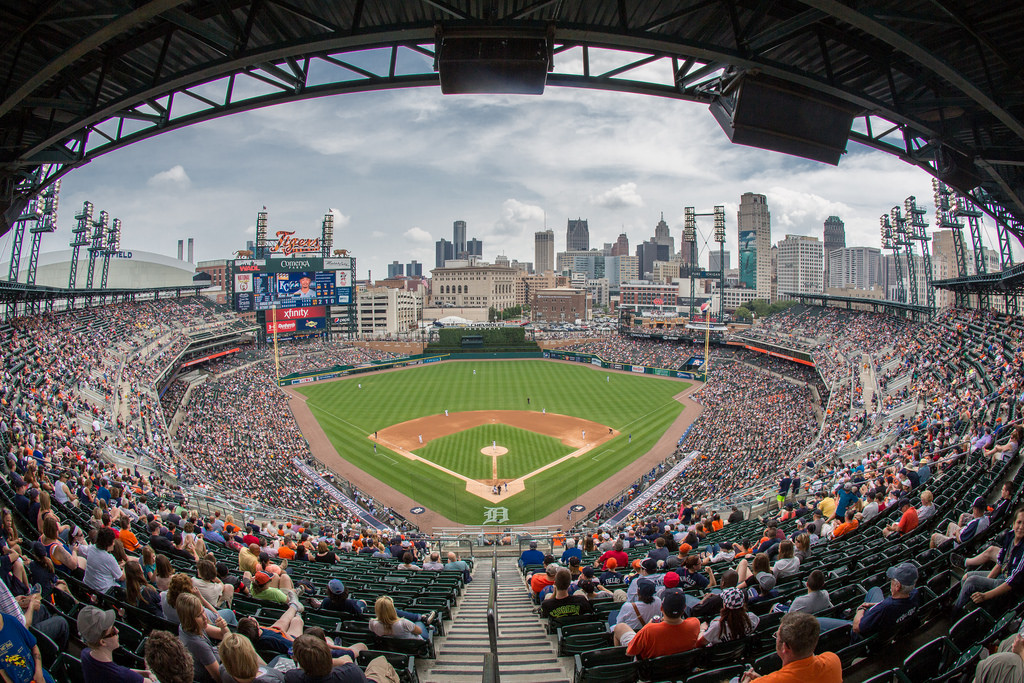 The Detroit Tigers kick off their fourth straight postseason appearance today vs the Baltimore Orioles at 5:30 PM at Oriole Park at Camden Yards. While the Tigers were almost everyone’s pick for the playoffs in 2014, the Orioles were definitely not. View the series preview right here.

Here’s some interesting post-season storylines that may be of interest to only me!

View Rudy’s photo bigger and click for more of his baseball pics.

PS: Take a moment to appreciate what a great job Rudy did of capturing the Detroit skyline in this shot and LET’S GO TIGERS!!