The rays appear to diverge because of perspective effects, like the parallel furrows of freshly ploughed fields or a road wide at your feet yet apparently narrowing with distance.

John took this photo at Sunday Lake in Wakefield. Follow him on Facebook & view and purchase his work at michigannutphotography.com.

Sunset during a partial solar eclipse by Diane

The naming of astronomical events has certainly gotten cooler in recent years, and Thursday morning’s “Ring of Fire” annular eclipse certainly reflects that trend! WOOD-TV explains that on June 10th Michiganders will be able to view this year’s first solar eclipse:

The new moon will be farther from Earth in its elliptical orbit and will appear smaller — too small to cover the sun completely. As a result, a bright ring of sunlight will surround the moon’s silhouette at mid-eclipse. That bright outer rim has become known as the “ring of fire.”

“As the pair rises higher in the sky, the silhouette of the Moon will gradually shift off the sun to the lower left, allowing more of the sun to show until the eclipse ends,” NASA said.

Look east to see it, but remember it’s unsafe to look directly at the sun unless you wear special eclipse glasses to protect your eyes.

Diane took this photo way back in 2012. See more in her sunrise~sunset gallery on Flickr!

Bill writes that this path through the woods at Bishop’s Bog near Portage was always one of the summer sun’s favorites. See more great pics on his Facebook & in the Michigan in Pictures Group! 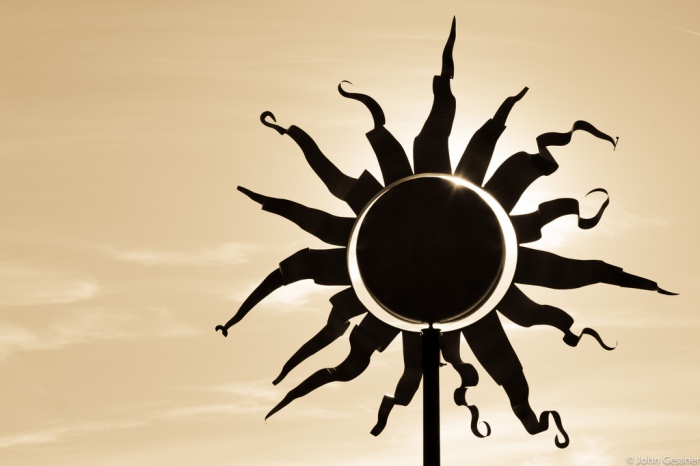 You can check out yesterday’s Eclipse 2017 post for Michigan-specific eclipse times, suggestions and links to livestreams from the eclipse in case clouds get in your way. For all your general eclipse needs, NASA’s Eclipse 2017 website has you covered!

The solar eclipse will be visible in Michigan on Monday, Aug 21, 2017 so in the interests of maximal eclipse enjoyment, I’m publishing this special Sunday Michigan in Pictures!

The brighter stars and the planets come out. Animals change their behavior. Birds and squirrels nest. Cows return to the barn. Crickets chirp. There is a noticeable drop in both light level and air temperature. It is an eerie feeling. Totality can last for no more than about seven and a half minutes but is usually less than three minutes long.
-National Aeronautics and Space Administration

Tomorrow is the day for the total eclipse, although in Michigan we will see only 70-80% of the sun eclipsed by the moon (less as you move northward) it’s still a rare opportunity. Here’s times for a range of Michigan locations:

NASA’s Eclipse 2017 website is definitely the place to go for all of your eclipse watching & info needs. In addition to the NASA Goddard Instagram feed and an Eclipse 2017 Flickr group where you can share photos from the eclipse with people from all over, there’s…

An Ode to the Winter Solstice, photo by Cherie

The solstice happens at the same instant for all of us, everywhere on Earth. In 2016, the December solstice comes on December 21 at 5:44 a.m. EST. That’s on December 21 at 10:44 Universal Time. It’s when the sun on our sky’s dome reaches its farthest southward point for the year. At this solstice, the Northern Hemisphere has its shortest day and longest night of the year.

…At the December solstice, Earth is positioned in its orbit so that the sun stays below the north pole horizon. As seen from 23-and-a-half degrees south of the equator, at the imaginary line encircling the globe known as the Tropic of Capricorn, the sun shines directly overhead at noon. This is as far south as the sun ever gets. All locations south of the equator have day lengths greater than 12 hours at the December solstice. Meanwhile, all locations north of the equator have day lengths less than 12 hours.

For us on the northern part of Earth, the shortest day comes at the solstice. After the winter solstice, the days get longer, and the nights shorter. It’s a seasonal shift that nearly everyone notices.

View Cherie’s photo background big and see more in her Michigan can be a Winter Wonderland slideshow. 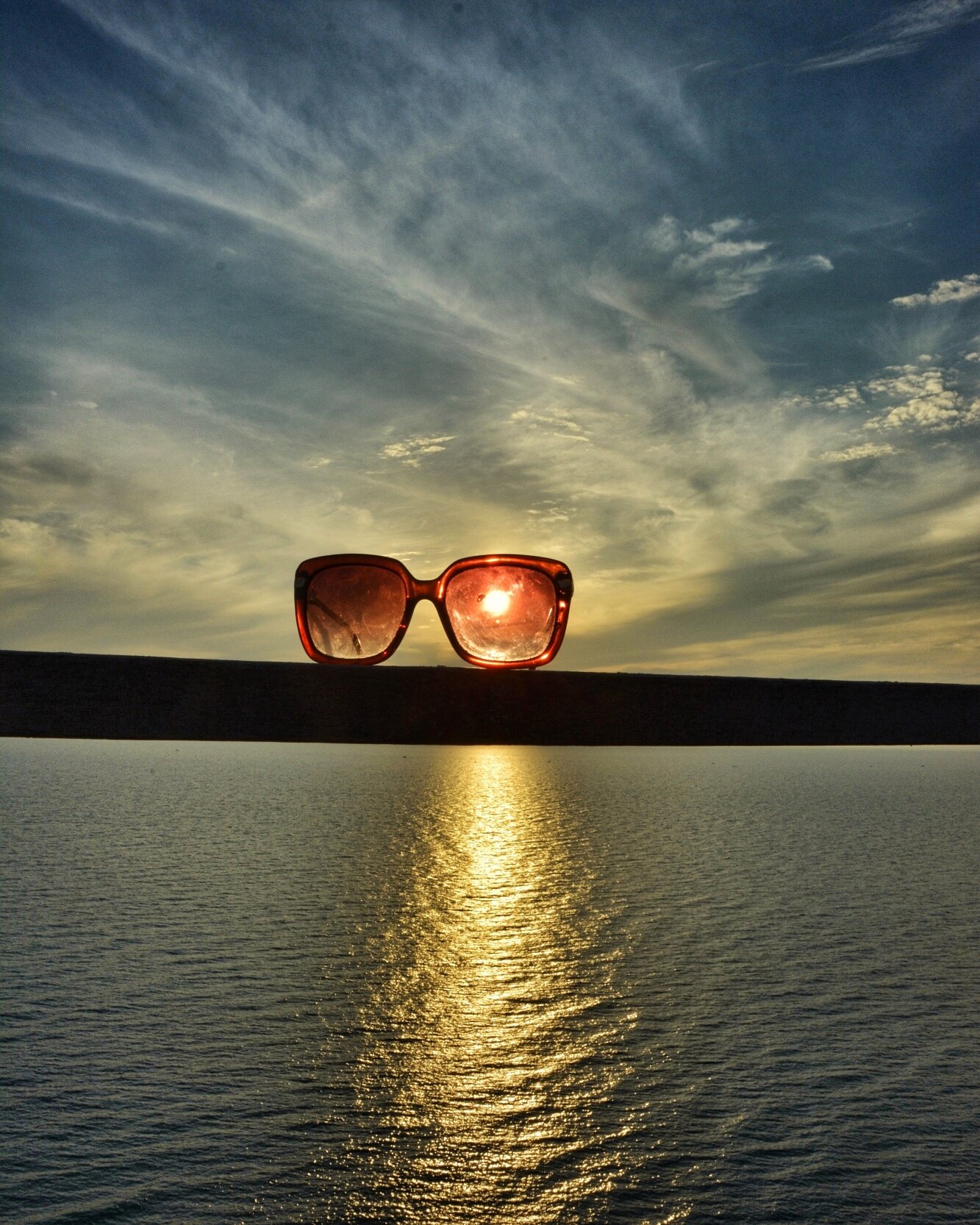 Eye in the Sky, photo by Noah Sorensen

You know that when I pull out Cage the Elephant lyrics, I’m probably going to say something that will anger a slice of Michigan in Pictures readers, so be warned! Longtime readers will also know that I am pretty committed to saying what I want to say, so it’s probably good keep that in mind as well.

Speaking of warnings, the National Aeronautics and Space Administration (NASA) spends a lot of time looking at the Earth and crunching data from an extensive satellite and – in conjunction with the National Oceanic and Atmospheric Administration (NOAA). Anyway, these folks – literally rocket scientists – have reported (based on science and data) that the Earth is warming at an unprecedented rate:

The planet is warming at a pace not experienced within the past 1,000 years, at least, making it “very unlikely” that the world will stay within a crucial temperature limit agreed by nations just last year, according to Nasa’s top climate scientist.

This year has already seen scorching heat around the world, with the average global temperature peaking at 1.38C above levels experienced in the 19th century, perilously close to the 1.5C limit agreed in the landmark Paris climate accord. July was the warmest month since modern record keeping began in 1880, with each month since October 2015 setting a new high mark for heat.

But Nasa said that records of temperature that go back far further, taken via analysis of ice cores and sediments, suggest that the warming of recent decades is out of step with any period over the past millennium.

“In the last 30 years we’ve really moved into exceptional territory,” Gavin Schmidt, director of Nasa’s Goddard Institute for Space Studies, said. “It’s unprecedented in 1,000 years. There’s no period that has the trend seen in the 20th century in terms of the inclination (of temperatures).”

Read on for more. I’d like to go on record as a parent and member of the human race that I’m really alarmed by this, and also the fact that what appears to be a serious emergency is being ignored.

I would really like to share the video of Mess Around from Cage the Elephant because I really like the band. In the interests of responsibility however, here’s a 30-second video showing the temperature rise of the last 145 years: 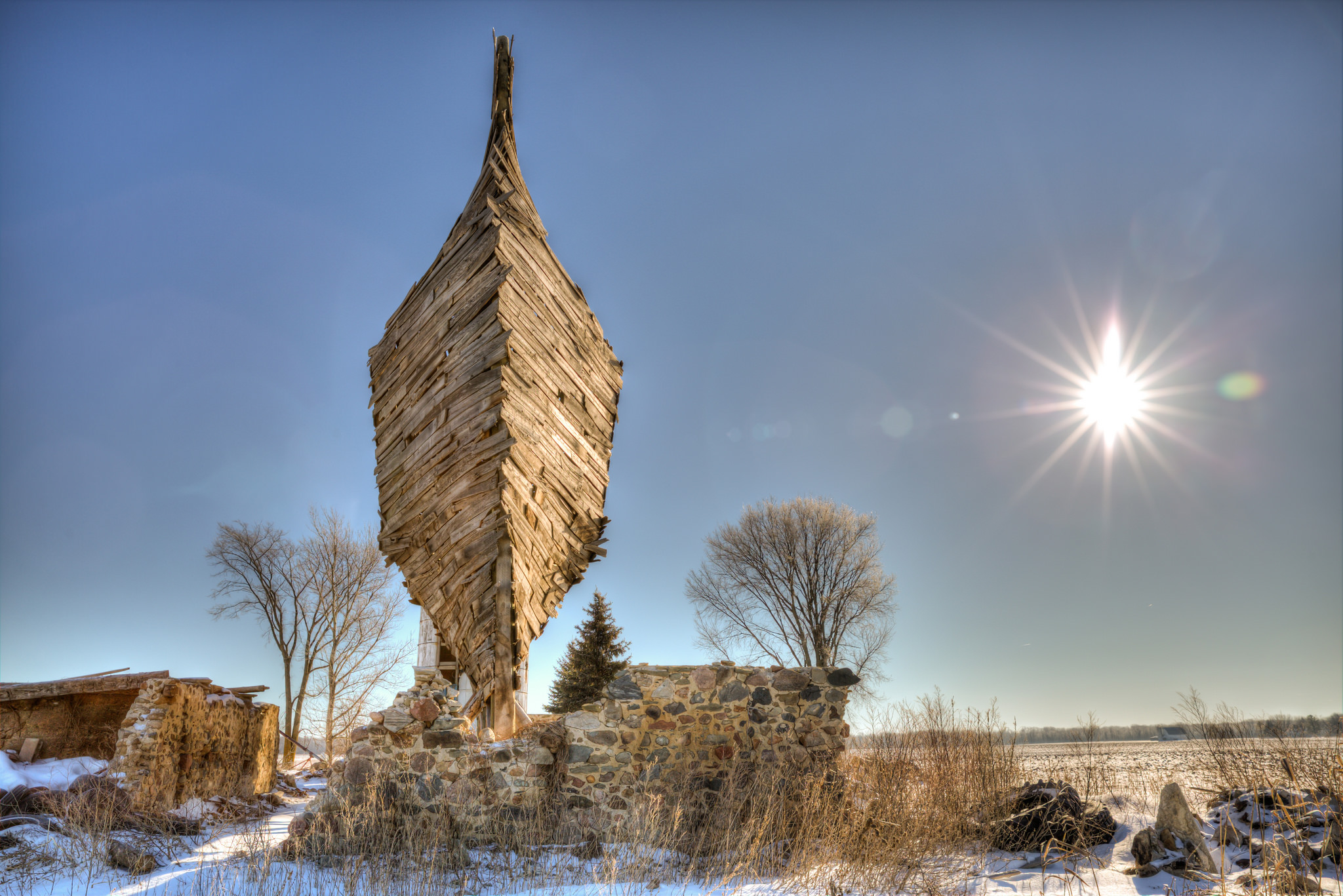 The Celestial Ship of the North (Emergency Ark), aka the Barnboat, is a site-specific installation and permanent sculpture in Port Austin, Michigan created by Scott Hocking. He wrote to me:

I was asked by Detroiter Jim Boyle, whose family is still in Port Austin, if I’d ever had any ideas of working with old barns. He’s been trying to get a Detroit / Port Austin connection going by bringing artists up there to do projects. I basically told him I’d had some fleeting thoughts about how much certain barns look like overturned ship hulls, and that if I had an old barn to work with, I’d probably turn it into a boat.

So, that was the beginning.

Like all of my work, I try to let the materials and site dictate what I make, and as I worked on the barnboat the shape became what it is now – mostly influenced by the intense winds of Michigan’s thumb. It took about 3 months total, but I’m not quite done yet: I’m still planning to fill in the base with mounded sand this spring for a little extra stability, and so that it can once again overgrow like that ivy covered barn it was made from.

Awesome. Check out lots more of Scott’s engaging work on his website.

Enjoy Michael’s photo background bigtacular on Flickr and see more in his slideshow.

More art and more winter wallpaper on Michigan in Pictures.

Neil says that seeing these in person was such an awesome experience. View the photo background bigtacular on his Facebook page, purchase a print right here, and check out lots more icy goodness at neilweaverphotography.com.

Except for a tiny sliver, the entirety of this Lake Superior island just off Munising is open for public access as the Grand Island National Recreation Area​. You will definitely want to check with locals regarding ice conditions. With a warming week of weather ahead, this is probably something to put on your 2016 agenda.