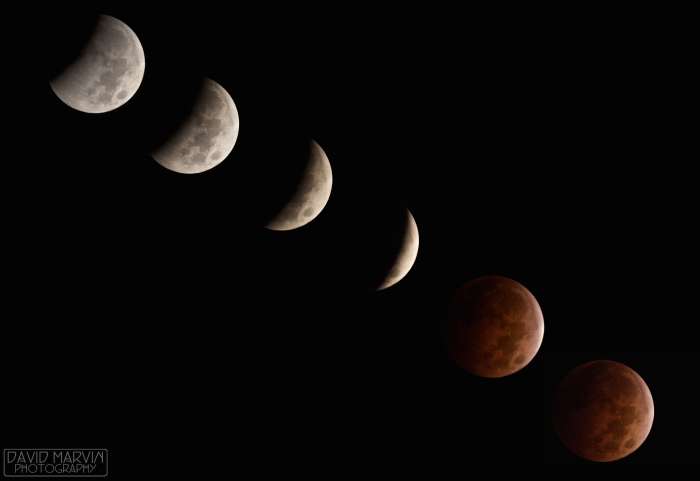 On Sunday night we have a chance to see the last total lunar eclipse until May 26, 2021! EarthSky shares information about viewing the lunar eclipse:

On January 20-21, we’ll have the first full moon of 2019, and the first lunar eclipse of 2019 (and this is an eclipse-heavy year, with three solar and two lunar eclipses). It can be viewed from North and South America, Greenland, Iceland, Europe, northern and western Africa, plus the Arctic region of the globe. More details – and eclipse times for North America, plus links for those elsewhere – below.

The eclipse will happen on the night of the year’s first of three straight full supermoons, meaning the moon will be nearly at its closest to Earth for this January, as the eclipse takes place.

The January 20-21 total eclipse of the moon lasts for somewhat more than one hour. It’s preceded and followed by a partial umbral eclipse, each time persisting for over an hour. The whole umbral eclipse from start to finish has a duration of nearly 3 1/3 hours.

The lunar disk often exhibits a coppery color during a total lunar eclipse. Although the moon is completely immersed in the Earth’s dark shadow, the Earth’s atmosphere refracts (or bends) sunlight and the longer wavelengths of light (red and orange) pass onward to fall on the moon’s face. The dispersed light from all of the world’s sunrises and sunsets softly illuminates the totally eclipsed moon. Actually, if you were on the moon, looking back on Earth, you’d see a total eclipse of the sun.

David took this photo in October of 2014. Check it out background bigilicious on Flickr and head over to his Marvin’s Gardens blog for more pics from the eclipse & David!